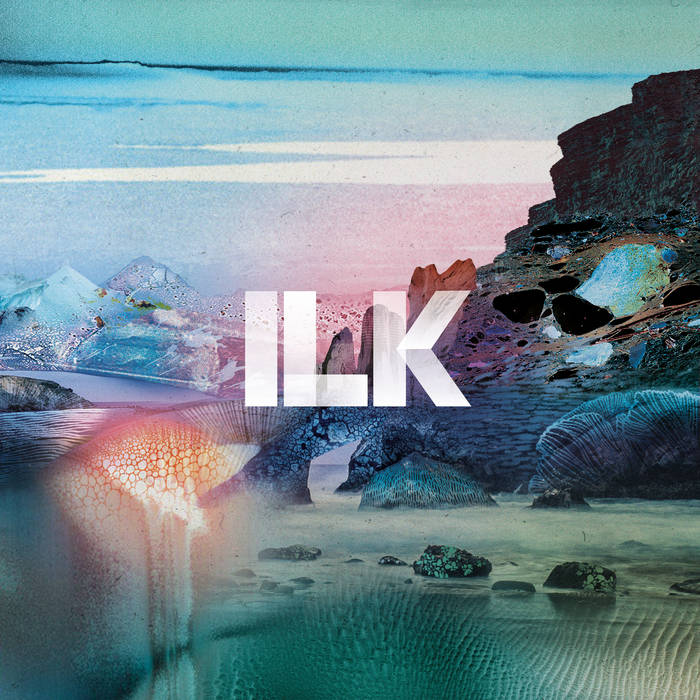 AS IF NO WAY

London-based art pop experimentalists Ilk have teamed up with acclaimed composer and producer Matthew Herbert on their debut album, ‘Y U’, exploring the space in which found-sound recordings and infectious pop music coexist.

The first sound to be shared is the eponymously named track ‘Y U’. As if tuning into a lost 1970’s sci-fi broadcast, the album’s lead single then takes you on a mad four minute lo-fi adventure of surreal lyrics, hypnotic distorted sounds, polyrhythmic layers of kitchen sink percussion and homemade thumb pianos. ‘Y U’ is a bold and joyous introduction to the world of Ilk.

As members of Laurel Collective – alongside Mercury Award-winning producer Charlie Andrew (Alt J) – Puglisi and Tollast are also co-founders of In the Woods festival. Under the name Action Pyramid, Fisher’s work as a sound artist has featured as installations and headphone pieces at the Tate Modern, Tate Britain and Iceland's Husavik Whale Museum.


Following in the footsteps of artists such as Eno and the Radiophonic Workshop, Puglisi and Fisher first began collaborating on mixtapes and instrumentals forged from their own scrap book of collected sounds. Bat detectors, contact mics, hydrophones and miniature microphones were all used to capture a variety of sounds including train horns, distant lightning, underwater beetles and an old Sardinian boat. But over time the music diverged from the abstract approaches of other found-sound projects. “We wanted to make something more accessible and intrinsically human,” says Puglisi, “so we began weaving Bob's vocals into more traditional pop song structures.” The result is a collection of tracks that combines a loop-based, organic production style, at times intentionally bold and at others blended subtly with live instrumentation.

‘Y U’ was recorded and written by Ilk in London over the course of four years, with Matthew Herbert collaborating on the final touches of production and mixing. Herbert’s penchant for found-sound experimentation suited Ilk’s own wonky stylings and the band’s trips to his rural studio in Whitstable, Kent, informed an album that is not only quintessentially English, but in keeping with contemporary acts such as Herbert’s Wishmountain project, Mount Kimbie and Micachu. Across the pond their music-making ethos shares similarities with the collage pop of Animal Collective and the musical playfulness of the likes of Tune Yards and Deerhoof.

The album’s cryptic title could pose a simple yet unanswerable question – “Why you?” – and Tollast repeatedly uses the second person, leading the listener into a series of surreal scenarios, as if exploring the recesses of his subconscious. His lyrics touch on the idea of dreams and hypersleep, as well as referencing ancient poems, mythical creatures and personal experiences of life in London and travels to Iraq. “In that respect I love Stephen Malkmus and Beck,” explains Tollast, “whose lyrics convey a lot of feeling and are often very inventive, but actually if you saw the words on a page they might not seem logical. The language and the music simply evoke feelings.”

The song ‘Okrug’ showcases the band’s magpie approach to sound collection with recordings from a Hebridean loch and a plane landing at London City Airport, set alongside Tollast’s references to Ganesh, Dodos, She-Ra and ticklish elves to name a few. On the song Salty Weather the listener can perhaps still hear fragments of an Indonesian street band layered with popping percussive sounds gleaned from a lump of melting Lapland ice.

Ilk's unique process creates a joyous mix of rich loop-based psych-pop and sonic exploration, which fuses effortlessly with live instrumentation to create a hazy and colourful soundscape laced with catchy melodies. It is at once playful and rhythmical, upbeat and melancholic, jagged and soft. As a result ‘Y U’ plays out as a captivating journey that manages to remain ever familiar on a path that’s new.

Bandcamp Daily  your guide to the world of Bandcamp

outré black metal, with a Victory Over the Sun interview and music from Liturgy and Jute Gyte.